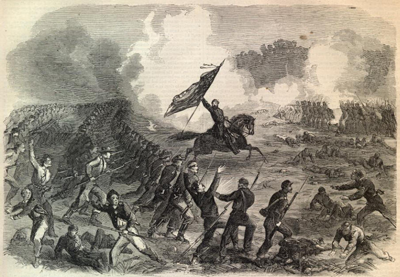 The Union Army of the Potomac, led by General George Meade, ended Confederate General Robert E. Lee's planned invasion of the North. General Lee's Confederate Army of Northern Virginia had penetrated southern Pennsylvania intending to attack the Pennsylvania's capital, Harrisburg, a major railroad and supply hub for the Union Army. Having been victorious in recent battles, namely at Chancellorsville and Fredericksberg, the Confederates were feeling victorious. Lee wanted to lure the enemy away from their defenses to follow after him for a potential major battle that if successful, would demoralize the North.

General Lee divided his troops to move north and into Pennsylvania, some approaching from Fredericksburg through the Shenandoah Valley to south central Pennsylvania and others moving directly northward toward Pennsylvania's capital, Harrisburg. They encountered very little resistance and scavenged whatever supplies they needed. However, Lee was deprived of getting good information on Union troop movements and upon hearing that they were coming up from Frederick, Maryland, and closer than expected, Lee abandoned his plans and decided to reassemble his scattered divisions at the eastern base of the south Mountains near Gettysburg, a small cross-roads town in southern Pennsylvania near the Maryland and Pennsylvania border. Just days earlier President Lincoln had just fired General Hooker and turned the Union Army command over to General George Meade.

In the bucolic countryside around Civil War Gettysburg, both sides incurred substantial losses as thousands of troops collided. In that area, the combination of flat farm lands and rocky outcroppings of the nearby hills, smoothed down thousands of years ago during the Ice Age, provided an almost perfect battlefield for the skirmishes that took place at Gettysburg. Those first three days of July marked the turning point in the war, though the war continued for two more years. 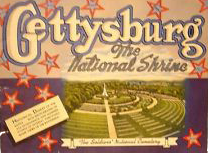 The landscape took on immediate importance after the battle. National exposure was prevalent in newspapers and magazines as the town citizens buried the dead and tried to rebuild their lives.

Throughout the years, the battle has been memorialized and commemorated as veterans returned to the area and state memorials erected. Below, Civil War veterans and celebrants assemble under a tent at Gettysburg in the early 1900s. 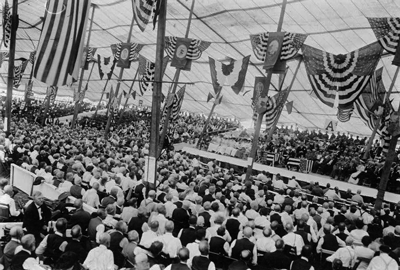 The Civil War generation saw its world in ways startlingly different from our own. In Gettysburg Heroes: Perfect Soldiers, Hallowed Ground, Glenn W. LaFantasie examines the lives and experiences of several key personalities whose lives were changed—Lincoln, Longstreet, Chamberlain, Oates, and others—putting them through ordeals they never dreamed they would face or survive. The battle of Gettysburg is the thread that tied these Civil War lives together.

Return to the top of Civil War Gettysburg, or follow the links below for more details of the Battle of Gettysburg's time frame...

Medals of Honor
—highlighting heroic acts on both sides! 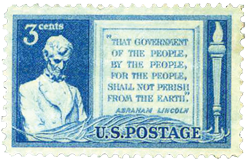