—accounts for the battle's legacy! 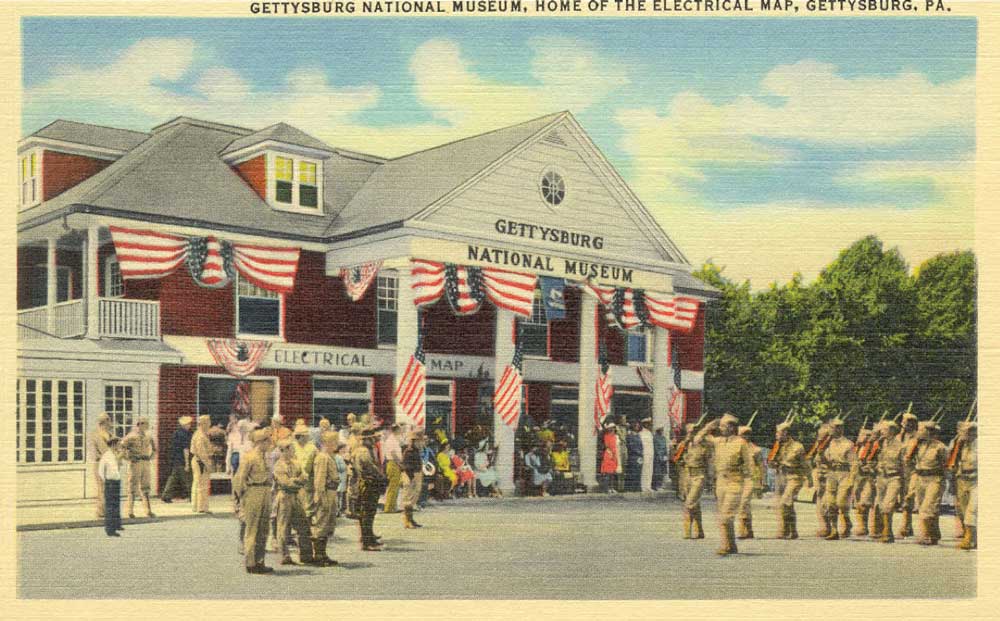 The proliferation of Gettysburg memorabilia over the years reflects the legacy of this important battle. The effects of the Gettysburg battle were unknown at the time; the war continued for two more years. However, the Gettysburg Address by President Lincoln in November 1863 brought immediate focus to the event.

Objects related to the battle help us to interpret and appreciate the historic event and its impact on that small Pennsylvania town as well as the nation. The magnitude of the three day battle becomes increasingly recognized when compared to engagements in other wars, such as World War I and II and Vietnam.

The battle of Gettysburg took place not only on the farmland and hillsides on the outskirts of the town, but in the town as well. Many structures, building and monuments and markings from the battle are preserved for today's visitor scrutiny  and interpretation. Gettysburg's legacy is reflected not only in area battlefields and monuments, but also in books, motion pictures, tours. As such, a variety of ephemera and Civil War memorabilia from fine art to advertising have been created in remembrance and commemoration, for example the early 1900s sheet music shown below by E. T. Paull. 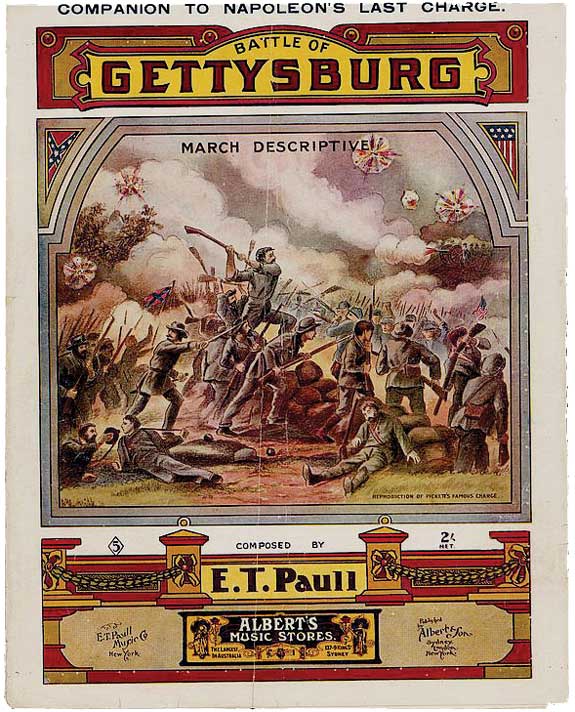 With such an emphasis on the historic battle, it would be easy to stop there, and reflecting on the dead on the battlefields and not on the survivors. Survival is yet another story. Many soldiers did survive the rest of the war and indeed survived into the 20th century. Some returned to the area annually to honor their comrades, while others came for the major reunions in 1888, 1913, 1938. It is intriguing to see the old men with long white beards and frock coats with medals, former enemies, shake hands; tour the battlefields; exchange banter and stories.

Return to the top of Gettysburg Memorabilia, or follow the links below...