This website was created and is managed by America's Legacy Links (ALL).  ALL was developed by Robert D. Bullock who has had over 30 years experience creating educational exhibits for The State Museum of Pennsylvania, Yale University’s Peabody Museum of Natural History, American Museum of Natural History and local and regional art and history centers and nonprofit associations.

He has been a reviewer of IMLS grants; written articles on the design of experiences; and presented at national conferences.  His knowledge on diverse subjects, such as art and design, artifact conservation, lighting and graphics, interactive exhibits, human factors and ergonomics, accessibility, child development, and theater techniques, for example, add to content planning and interpretation for the purpose of enhancing the experience of visitors to cultural heritage properties.

Public domain source materials for the America's Civil War include:

The Library of Congress, Washington, DC 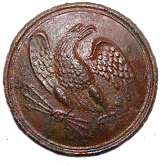