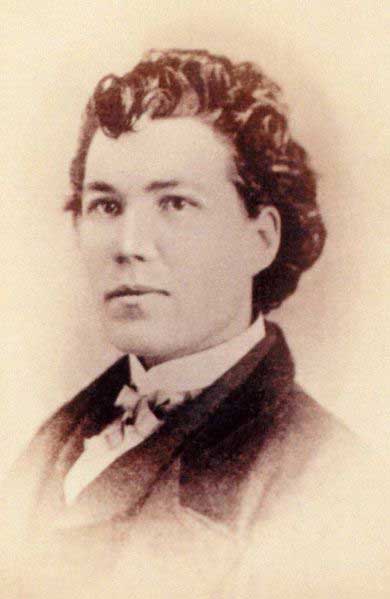 Sarah Emma Edmonds was one of the few women in the Civil War times that enlisted in the Union Army and received a pension. Like some others, she did so by impersonating a man, remaining undiscovered the whole time. She enlisted as “Frank Thompson”—no physical examination was required then—and assigned as a male nurse to General George B. McClellan's command in Virginia.

Before the Virginia campaign began, Edmonds volunteered to be a spy. On her first assignment she went as a black man, covering her skin with silver nitrate and wearing a minstrel wig. On her second mission she disguised herself as an Irish peddler under the name, “Bridget O'Shea.”

She had several successful missions for Generals Sheridan and Burnside until contracting malaria. Because her true identity would become known if she went to a hospital, she left the army. When she recovered, she saw that she was listed as a traitor. She spent the rest of the war as a nurse in Washington, DC, using her real name.

After the war, she wrote her memoirs, Nurse and Spy in the Union Army, and married. Some years later when she was ill and needed money, she petitioned the United States Congress for her pension and successfully cleared her name— House of Representatives, House Bill Number 5335.

Return to top of Sarah Emma Edmonds, or follow the links below...