—from office clerk to celebrated humanitarian! 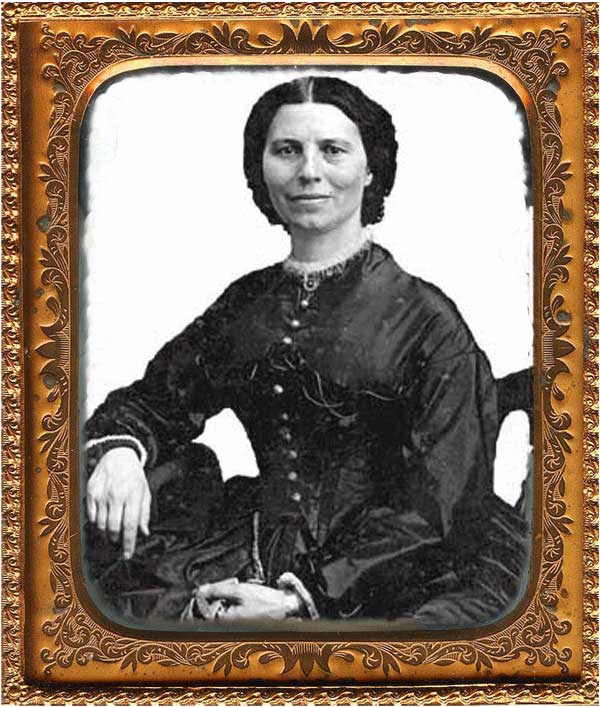 Though only a clerk in the U. S. Patent Office when the war began, Clara Barton became known as "The Angel of the Battlefield" because of her devotion to finding and delivering first aid supplies and to nursing sick and wounded soldiers.  Clara Barton was one of about two thousand women that were volunteer nurses.

Time For Kids: Clara Barton: Angel of the Battlefield (Time for Kids Biographies)

Though not a trained nurse nor officially in the military system, Clara Barton became perhaps the most recognized of Civil War nurses.

Barton’s work attracted attention, and she was named superintendent of nurses in the command of Major General Benjamin F. Butlers. 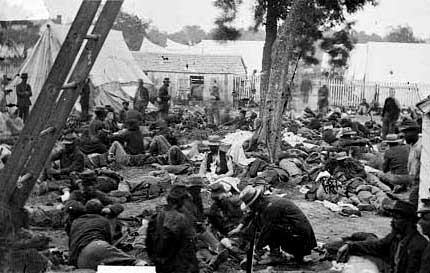 The chaotic environment of a field hospital is evident as Union Army of the Potomac soldiers shown (above) spread out in a field hospital at Savage Station after the battle of June 29, 1862. The encounter in Henrico County, Virginia was the fourth day of the Seven Days Battle (Peninsula Campaign). The battle was indecisive and a stalemate.

Dorothea Dix was Barton's counterpart within the military system. Dix was known before the war for treating mentally ill patients and then, as superintendent of army nurses, she recruited women for the Army Medical Bureau. Dix became regarded for her even-handed attendance to both Union and Confederate soldiers, but she often disagreed with military staff.

Many doctors or surgeons in the field hospitals did not want female nurses attending or assisting with wounds or surgery.  However, Barton's contributions were noteworthy by the enlisted and officers, and her reputation began to overshadow Dix. For 3 years Barton was given a pass to follow the army ambulances to the battlefields throughout Virginia and the Carolinas.

In addition to her nursing activities, Clara Barton also attempted to locate Civil War soldiers missing in action or in prison for family members; she went to Georgia's Andersonville Prison, certainly the most infamous of Civil War prison camps, to locate and mark thousands of soldiers' graves. 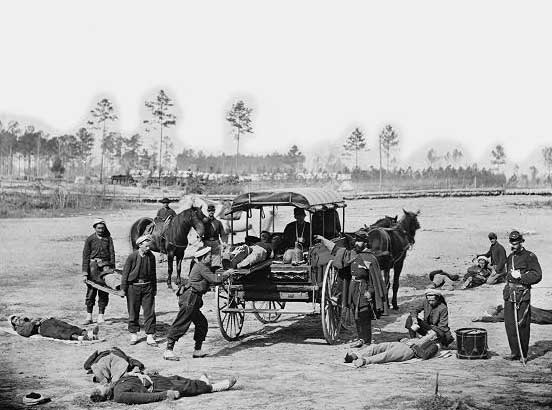 Suffering from exhaustion after the war, she traveled to Switzerland where she became aware of the International Committee of the Red Cross that had begun in 1864. Their philosophy and organizational goals matched the aid work she had done in America, and on her return she founded the American Red Cross chapter.

The Civil War was only the beginning of a lifetime of work in many countries where hardships and conflicts occurred. “I came suddenly into the midst of such an accumulation of woe - want & misery that there was not a moments [sic] time for anything besides attempting to relieve it.” Though she said this during the Franco-Prussian war when referring to the results of the three-month long German bombardment prior to invasion of the city of Strasbourg, France, it universally characterizes her belief and character.

In her lifetime she was highly decorated for her humanitarian work. Her medals and jewels are part of the Clara Barton collection at the Library of Congress in Washington, DC.

Dr. Mary Walker was also highly decorated for her work during the Civil War. She was the only woman to receive the Congressional Medal of Honor for her care and treatment of soldiers. A graduate of medicine, she was an assistant surgeon (civilian) at major battles. The award reads: "faithfully served as contract surgeon in the service of the United States, and has devoted herself with much patriotic zeal to the sick and wounded soldiers, both in the field and hospitals, to the detriment of her own health, and has also endured hardships as a prisoner of war four months in a Southern prison while acting as contract surgeon."

Return to top of Clara Barton, or follow the links below...