George Gordon Meade
—was trained as an engineer! 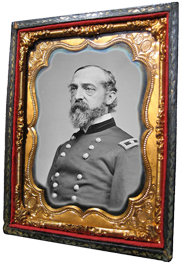 George Gordon Meade was a distinguished Pennsylvania Union general who was best known for defeating General Lee's Confederate Army at the Gettysburg battle. He graduated from the U.S. Military Academy at West Point, and although an engineer, George Meade fought with distinction in the Seminole War in Florida and Mexican War. 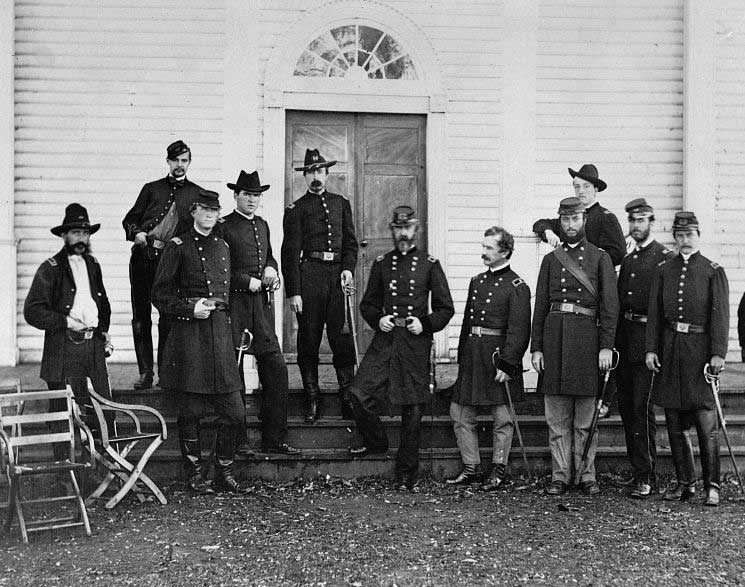 Major General George G. Meade (center with one foot on the steps) and staff outside the Wallach House in the vicinity of  Culpeper, Virginia, sometime in 1863. 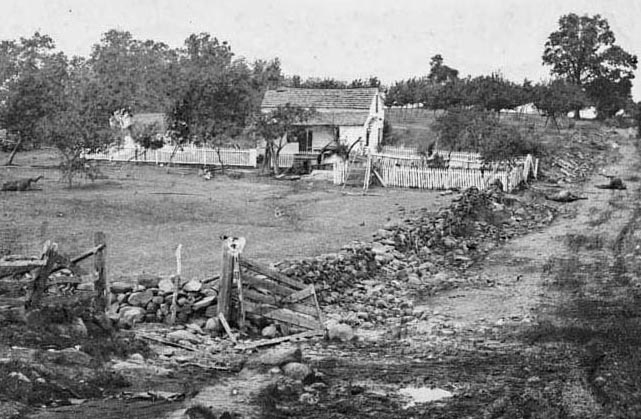 Headquarters of General George G. Meade, Gettysburg, Pennsylvania, 1863. The photograph was taken after the battle. Note the destruction of the stone wall and dead horses in the road on the right and near the tree on the left.

Money had not been printed since the Revolutionary War, so the Civil War provided impetus for new currency. Metal was scarce, so printed currency was common. Money was needed by both sides, and each printed their own. Counterfeit currency helped to inflate the Southern currency, which  became valueless over the course of the war.  The above one-thousand-dollar Treasury Note, also called Coin notes, was issued in 1890 featuring General Meade's portrait. It was one of the largest denominations printed.  Now only several of these notes exist, being held by private collectors and in  the Federal Reserve Bank of San Francisco Museum. This note was sold at auction for $2,255,000.

Following the Civil War, General Meade resided in Philadelphia until his death in 1885.

Return to the top of George Gordon Meade, or follow the links below...