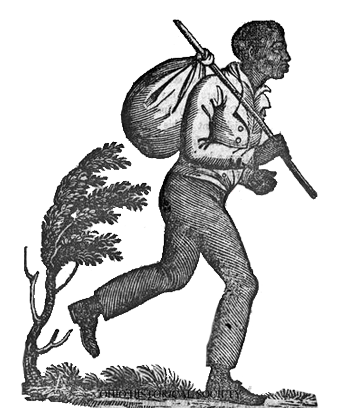 Many slaves continued into Canada because many northern states passed laws prohibiting blacks from entering their states. Slavery was a divisive issue, dividing white friends, families and business associates. States had passed laws that denied blacks citizenship, the right to vote, and the right to sit on juries, such as Pennsylvania's State Constitution of 1838. The Fugitive Slave Act of 1850 saw a slave as property, and therefore must be returned. Anti-abolitionists were in frequent conflict with antislavery supporters, or abolitionists. 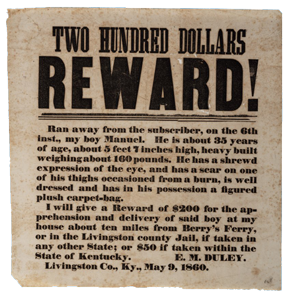 An estimated 100,000 people escaped enslavement via the Underground Railroad between 1810 and 1850. However, when Northern towns refused compensation and welcomed freed slaves, Southern Secession was strengthened. Secessionists viewed runaway slaves as stolen property.

Southern states moved toward leaving the Union. Sectional tensions increased as western territories were admitted to the Union, becoming states, and the issue of slavery was hotly debated. Key points were the Dread Scott Decision in 1857; the "Bleeding Kansas" crisis; and then John Brown's Raid on Harpers Ferry in 1859. Abraham Lincoln's election in 1860 became the tipping point!

The Gradual Abolition Act of 1780, passed in Pennsylvania, became the first law in America to abolish slavery (below). 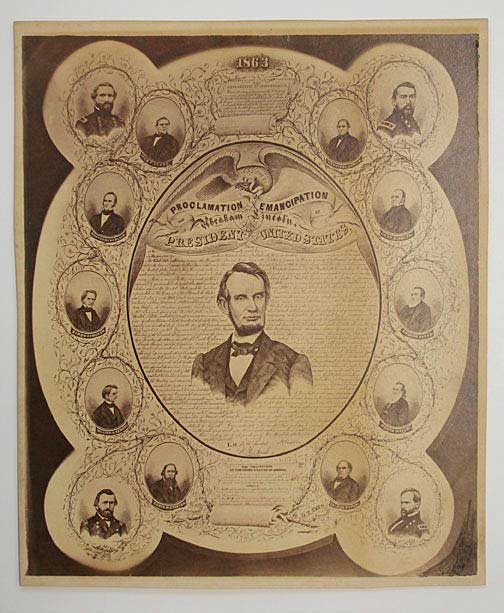 "...All persons held as slaves within any state...in rebellion against the United States shall be then thenceforward, and forever free..."

Click here to read the transcript of the Emancipation Proclamation. 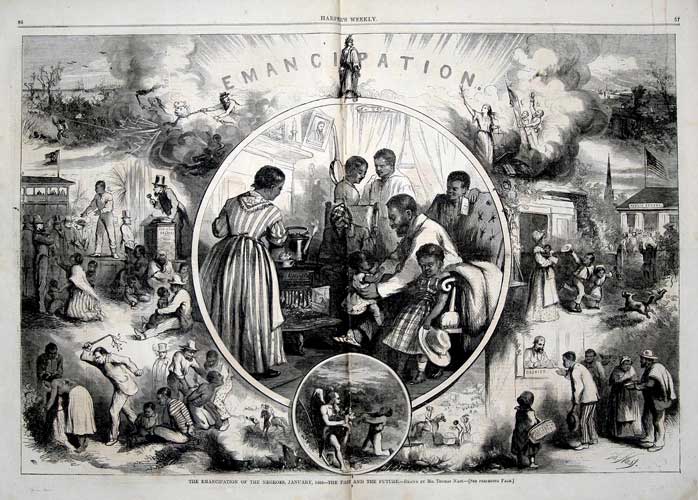 Scenes of the harsh life of slaves 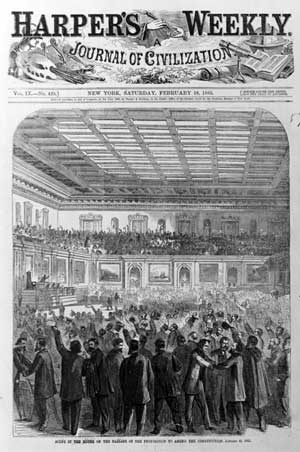 The 13th Amendment to the Constitution, which was passed in 1865, outlawed slavery everywhere in the United States. Passage of the amendment was part of Abraham Lincoln's re-election platform. The amendment, which overturned the Dred Scott decision, was sent to individual states for ratification before the end of the war. The 13th Amendment narrowly passed the House on January 31st and signed into law by Lincoln. The surrender at Appomattox followed on April 9th. And then, on April 15th, Lincoln was assassinated. The amendment was ratified on December 6, 1865.

The 14th amendment granted citizenship to “all persons born or naturalized in the United States,” which included former slaves recently freed. It was ratified July 9, 1868.

African American men were granted the right to vote with the 15th Amendment to the Constitution; it was ratified February 3, 1870. Their right would not be fully realized though because of poll taxes and literacy tests. Only with the Voting Rights Act of 1965, a century later, would this many African Americans be registered to vote. 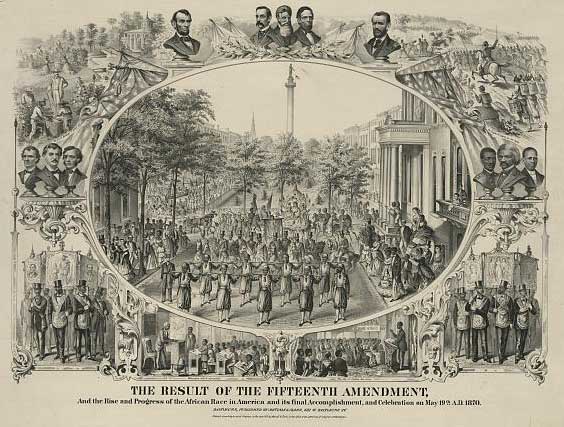 Return to the top of Documents Toward Freedom, or follow the links below...